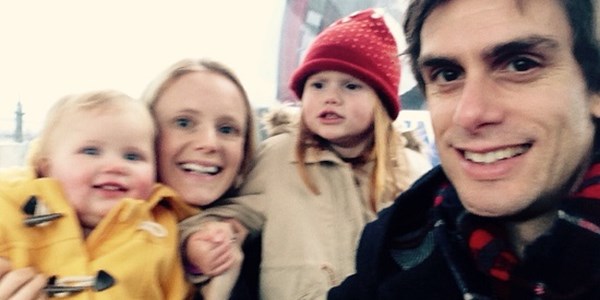 Meet the Fishbox family from Edinburgh: mum and dad, and two small children, aged two and one. Mum and dad are school teachers.

Working life is a frantic procession of teaching, planning and marking. They are long-distance runners whose metabolism ticks relentlessly; they live, therefore, in a state of perpetual hunger.

Their children, Arielle and Aphra, spend weekdays at nursery. For a toddler finding their way in a puzzling world, playing is as taxing as teaching, planning and marking. At 5pm, they converge at home. Make no mistake, this is the hardest part of the day – the witching hour (or hours), parents call it. The children have not slept. Arielle must watch Peppa Pig. Aphra, the youngest, needs food. Immediately. Mercifully, the Fishbox has arrived. ‘My Fishbox,’ Arielle declares, leaving Peppa and George for a moment to sit proprietorially on the container. We rip open the box and throw it in the freezer. One package, plucked at random, escapes imminent freezing: hake steaks. 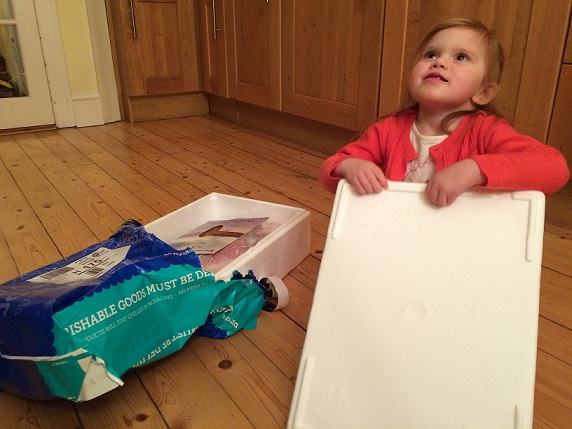 Aphra is wailing now. Mum and dad must be ruthless. There is only so long a bread stick will placate a one-year-old who is acting like she has not been fed in a month. Arielle, meanwhile, is throwing shreds of polystyrene around the kitchen and shouting: ‘It’s snowing.’ Amid the storm, the hake is cut into strips, double-dipped in flour and egg, and fried in coconut oil. The fish fingers are on plates in 10 minutes. This family have been saved by fish fingers many times. Ordinarily, it is the pre-cooked, uniformly-shaped, frozen variety that comes to the rescue. Never again for this lot, though. Never again the sausage of the fish world. 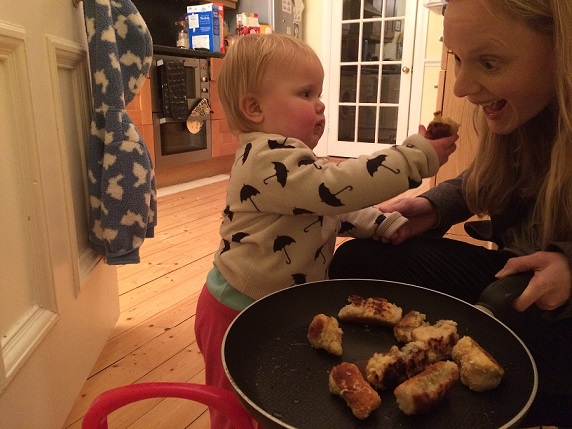 It is the same on Tuesday. Home. Two fractious children. Two hungry parents. Everyone wants to eat; no-one has considered how that might occur. The first bags plucked from the freezer are gurnard and another hake steak. After five minutes standing in cold water, the fish was defrosted. Enter a blender. In went a cooked sweet potato (a weekend leftover), mustard, pepper, coriander and an egg, along with the fish. ‘The blender is going on,’ mum warned. 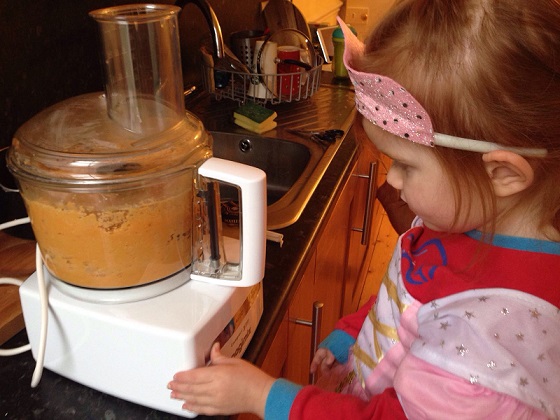 As the switch flicks, Aphra starts shaking like she is at the epicentre of an earthquake. Arielle, as ever, dances from foot to foot trying to out-bellow the blender. Another flick – and silence. Aphra is wide-eyed and furiously clutching dad’s legs. Blobs are scooped from the machine, shaped and dropped in a mixture of flour and bread crumbs, and fried. The result? The best fish cakes they have eaten. 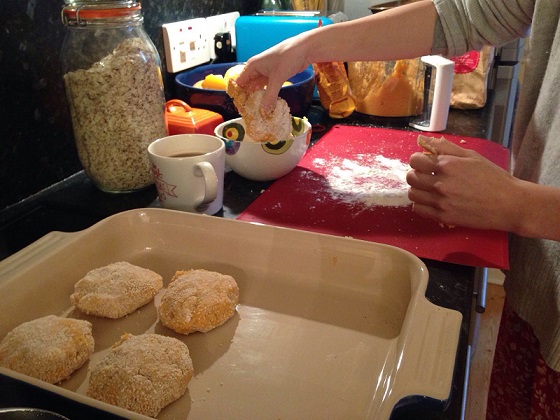 ‘Fish cake or cake cake?’ mum enquires. She shakes her head, as if this is the dimmest question she will ever be asked.

Dad was running on Wednesday. He would be out for two hours in snow on Arthur’s Seat on one of the coldest nights of the winter. Eating might be a good idea. Kinlochbervie cod, your destiny awaits… Beyond just frying cod, the next quickest job is to breadcrumb (there is a job lot in the freezer for this sort of eventuality) the fish, toss it in a frying pan and cook, and – of course – consume.

The week began to race to its conclusion. The next fish on the pile were a couple of bags of Shetland ling. ‘Fish stew?’ mum said on Friday night. Dad wrinkled his nose. Fish stew had the ring of something deeply unpleasant, he thought. The lace-it-with-spice-and-it-will-be-nice rule was applied. Supplies were running low. A tin of tomatoes, onion, garlic, turmeric, cayenne pepper, cumin, ginger and coconut butter emerged from cupboards. A courgette and yellow pepper were also thrown in. I know what you are thinking: can I not get the recipe for that one? ‘It is very good for us,’ declared mum decisively. Arielle nodded. She knew the shorthand: I know it doesn’t taste very nice, but… 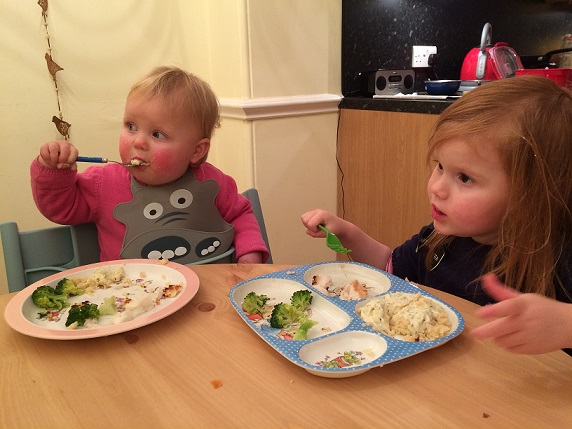 In the old days – the days before children – 11am on a Sunday might have been breakfast. Not anymore; it’s practically bed time. Mum and dad had been up before six – 5.57am, when Aphra called, to be precise, before taking it in turns to run – ultimately 22 miles between them. Hunger had reached the point where tempers can begin to fray. The fridge was quickly gutted: cheese, milk, eggs, avocado, falafel. Lurking at the back – deliciously juxtaposed with a bottle of Irn Bru – was a sleeve of oak-smoked salmon from Uist. The food was dumped unceremoniously onto plates and inhaled. Aphra used one of her three words to show approval: ‘More.’ The rest of the salmon is sitting between two slices of bread in the fridge. That is Monday lunch sorted. Always thinking ahead, this lot.