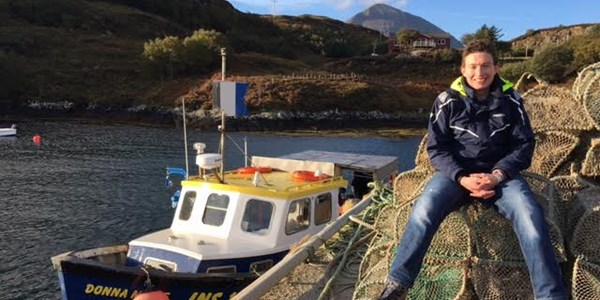 Fishbox MD Magnus questions whether or not the future of our seafood will be more Mediterranean or Arctic!

The BBC have a fun news piece this week that I liked (mainly because I love squid, and the thought of going into the chip shop and buying a calamari supper filled me with joy), but I have to say, I was very confused by it as well. Now before all you guys get your lab coats on and that crazy scientist look in your eyes, the post is just to stimulate thought and no more than that, so no need to write 10,000 words to explain.

This week, the BBC said that UK waters are getting warmer, and I still think we are a good bit off the outdoor sea swimming pool, but the idea was that fish migration patterns would change, and we would have different fish on our menu in the future. Here’s the thing and bear with me on this, as I’ve understood this, global warming was going to make the UK and more importantly, the UK waters colder. The reason that sounds very logical to me was that the polar ice cap is warming up and as it does so, massive icebergs are being formed and drifting south further and further south into the Atlantic Ocean. (I heard about this as it was going to be a problem for shipping amongst the obvious.)

Britain is relatively warmer in winter because of the Gulf stream, (learnt this in school one of the times I actually listened!), this is a current of warm water from the Gulf and it flows through the Atlantic and hits the west coast of the UK. Now you are all going to say the UK is not warm in winter and that is why we all sit on a plane for four hours, but if you have been to landlocked south Germany in the winter (further south and nearer the equator), you will appreciate just how warm the UK is in comparison. But here’s the problem, the icebergs that are floating further south will cool the Gulf stream meaning that the UK will no longer enjoy the warm water hitting its west coast.

So if the water around the UK will be colder then why will we be getting more fish commonly seen in the south and the Mediterranean? So I have just asked a question but warn you now if the answer is complicated then I won't understand it...( I did say that you could count the days that I listened at school!) I know that warm air and cooler land mass/sea temperature can have all kinds of implications on weather. I have no idea what goes on up in the jet stream, trade winds and how that will be affected with global warming as I’m sure that it is extremely complex with multiple variations making it beyond my capabilities of understanding.

The BBC news article stimulated my grey matter (thanks for doing this BBC) and I thought I would write a wee blog post to try and do the same.